10 Ways To Get Rid Of Poison Ivy Rash Fast

In most instances, people get rashes from poison ivy. The main cause of this rash is urishiol oil, which is found in plants. After coming in contact with urishoil oil, the blistering and itchy feeling does not start immediately. It takes 12 to 72 hours for one to have an uneasy itching feeling.

It is also a delayed reaction that seems to spread but in reality the rashes do not spread and are not contagious. There are several ways that one can use to do away with the rashes. Herein are the ten ways to get rid of poison ivy rash fast.

1. Use of Cucumber to Calm the Rash

Cucumber slices are among the simplest home remedies to deal with poison ivy rashes. One can choose to place to the cucumber slices on the area that is affected thus producing a cooling effect or mash the cucumber into a paste then apply on the rash. This will help provide a soothing relief therefore reducing chances of having an uncomfortable itchy feeling.

One can choose to rub the poison ivy affected part of the skin with the inside of a peel from a banana. This method has some truth with it though can be classified as a tale of old wives. The cooling qualities of the banana peel help bring relief on the itching area. One can also apply a watermelon rind, which works as a treatment. 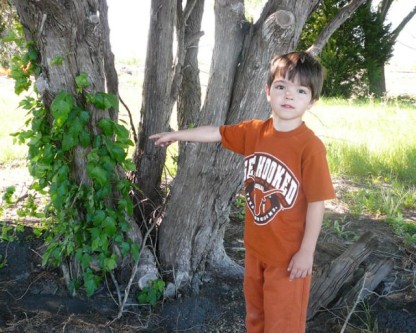 3. Use of Apple Cider Vinegar Helps Kill the Poison

It is not a surprise that apple cider vinegar can be used as a home remedy to deal with poison ivy rashes faster. It is an effective quality of treatment since it has medicinal qualities that help do away with the pain. One should soak a paper bag specifically brown in the apple cider vinegar then to draw toxins out of the rash, placing the bag on the affected area will solve this. It is a simple way to solve the uncomfortable feeling that is very much disturbing, which is quite important.

4. Speed Up Recovery by Use of Baking Soda

To come up with the best treatment of ivy rashes especially the red one that has blisters, one is required to mix one teaspoon of water with three teaspoons of baking soda. The paste formed is the one used to get rid of the pain. It is therefore applied on the area then left to dry at that part. Eventually, the baking soda tends to flake off. In the case of oozing of the blisters, one can mix one quart water and then teaspoons of baking soda. This mixture will then be used to saturate the few available sterile gauze pads. The wet pads are therefore used to cover the blisters for around ten minutes. This should be done at least four times in a day. One should also be careful not to apply on one’s eye.

5. Sooth the Itch with an Oatmeal Bath

This is a classic home remedy of poison ivy. A soak in oatmeal bath enables one sooth the itchy feeling. Using a blender, grind a cup of oatmeal until it forms fine powder then pour it on a stocking that is clean and nylon or taking the option of using a piece of cheesecloth can be considered. The material is then knot and tied on the bathtub faucet so that the bag is left suspended under the running shower. The tab should be filled with lukewarm water and take 30 minutes to soak in the water. Applying the poach oatmeal on the rash directly one will even find much relief.

6. Beat the Burn with Aloe Vera

Aloe Vera has been known for quite some time for the soothing of nasty sunburns. However its gel can also be used to treat a poison ivy rash. From the leaf, application of the gel directly on the skin will help relieve pain. One can also consider an option of buying aloe Vera products from stores and use it on the rash. This ensures fast treatment. 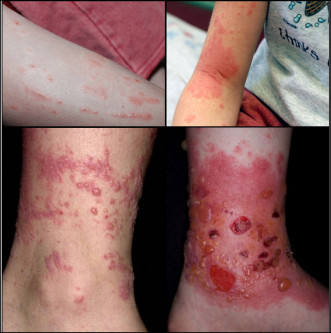 7. To Prevent Spreading Rub Alcohol to the Rash

It is important to carry with you rubbing alcohol if are told one is going to visit areas where the chances of getting the poison ivy are high. Immediately after contact, swiping the alcohol on the skin will minimize and slow down the rate of discomfort. This prevents urushiol from penetrating ones skin fully.

8. Use of Lemon Juice

This is a natural astringent that some people use as a home remedy. Lemon juice helps eliminate the toxic oils. Immediately after contact with the poison ivy, apply it as soon as possible before the oil from the plant gets fully inside ones skin.

9. Severity Can Be Lessened by Running Water

Using running water to wash the affected area helps reduce pain. If handy, one can use soap after contact with the poison ivy. This should be done immediately to minimize severity and the size of the rash. Using of hot water should be avoided since this can end up irritating the skin.

10. Use of Cold Compresses

In the case where rashes act up, application of cold compresses can prevent the itching. One should be careful to avoid scratching the blisters. Long sharp nails can also be dangerous since they can end up opening blisters thus leading to infections

The Dos and Don’ts

One is required to remove the clothes that were in contact with the plant and separately wash them.to reducing itching, one can take an antihistamine pill. While going to areas with poison ivy plants one should wear long sleeved clothes and closed shoes

When one gets blisters, scratching is to be avoided at all costs. Exposing oneself to the sun will also increase itching therefore this exposure is to be avoided. Burning of the plant also causes fumes that lead to rushes therefore one should not do this.

The above ten ways to get rid with of poison ivy rash fast are very helpful to most people.