6 Ways To Get Rid Of Mucus Cough Fast

Mucus coughs can be annoying and extremely painful at times. A cough that lingers makes one feel miserable and strive to get rid of it as fast as possible. Coughs may be caused by colds, flu, allergies, asthma, dry air, smoking, acid reflux or even medications of some type.

There are six easy ways to get rid of mucus cough fast. These remedies will work for coughing up yellow mucus, coughing up green mucus, and coughing up brown mucus. They include the following:

There are several types of remedies offered by nature that can help you to deal with the troubling cough. All these remedies are readily available in your locality and are inexpensive. 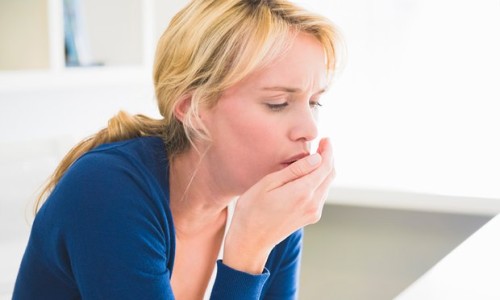 Drinking licorice root tea is best for your cough as it soothes your airways, loosens the mucus and also helps to ease the inflammations in your throat. You can put 2 tablespoons of dried and ground licorice root in a mug and pour some hot water into it. Let it stay for up to 15 minutes then drink. Try that twice a day and you will see the difference.

Licorice root tea is however not recommended for people with kidney problems. The glycyrrhizin, which is the active ingredient, can also have negative effects on some people. For them they should try using deglyrrhizinated licorice tea or DGL at the local health food store.

Thyme is a remedy for most respiratory ailments due to its ability to relax throat muscles and reduce inflammations. With just to teaspoons of thyme in a cup with hot water for 10 minutes you remedy will be ready for use. Strain before drinking. You can add some honey or lemon for extra soothing and also to achieve a pleasant taste. Thyme oil is not recommended for internal use but dried or fresh thyme can be used instead .Extensive research has proved that honey is more effective in reducing coughs than most clinical drugs. It is as effective dextromethorphan, which is an ingredient, used in over-the-counter suppressant drugs. Honey is effective in suppressing a cough and soothing sore throats and mucus membranes thus helping to deal with mucus coughs. You can try licking one tablespoon of honey every hour for persistent mucus coughs. The best time to use honey is because going to bed. Honey can be used by adults and children alike but not for children below 1 year as it can cause infant botulism.

Ginger is an effective mucus cough remedy as it helps to loosen mucus. Peppermint and ginger have the ability to suppress the irritation in your throat that makes you cough every time. You may add honey and lemon to this remedy to make it more effective.

How to Get Rid Of Whooping Cough Fast