10 Ways to Get Rid of Hemorrhoids During Pregnancy Fast

Hemorrhoids don’t really need a lot of introduction – if you’ve got them or have them, you know how much it sucks. It’s quite common for pregnant women to suffer from this, and the growing uterus because of pregnancy also adds pressure to the region, increasing the risks of getting one.
Fortunately, there’s a number of ways on how to get rid of hemorrhoids during pregnancy fast, and we’re going to discuss some of those.

Believe it or not, soaking yourself in a tub of warm water can do wonders– it could give you an instant relief from pain and itching caused by hemorrhoids, because it also encourages the blood vessels to relax. You could try soaking the inflamed area for about 15-20 minutes, and gently wipe the area with a wet towel. There’s no need to completely dry the area, and leaving it a little moist is usually ideal.

A cold compress is a great remedy to shrink hemorrhoids, making them smaller in size. Aside from that, it could also ease the pain, while providing instant relief from itching at the same time. Once the swelling is reduced, passing stools will be easier and you wouldn’t have to dread it anymore. For this remedy, all you have to do is wrap some ice cubes in a clean cloth and gently apply them over the area. This should be done several times, on a daily basis so that the blood vessels would constrict, reducing hemorrhoids quickly.

Pure apple cider vinegar is considered to be an effective treatment for hemorrhoids. To treat external hemorrhoids, simply soak a cotton ball in ACV and rub it on the area. This may cause some stinging sensation at first, but after some time, you’ll be able to endure the pain, especially once the itching lessens. On the other hand, for internal hemorrhoids, it has been suggested that consuming a teaspoon of vinegar followed by a glass of water could provide instant relief from both pain and bleeding brought by hemorrhoids. 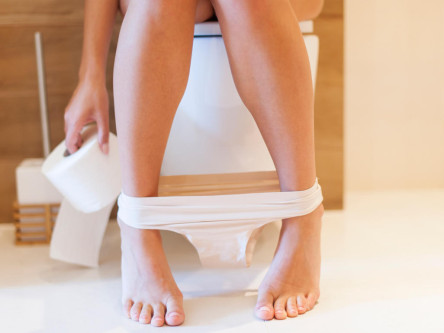 Dryness could trigger hemorrhoids and excessive bleeding, especially if you’re already suffering from one. As a rule of thumb, never use a dry tissue to wipe the area, because this may cause accidental scratches that could worsen the problem. Instead, opt for wet wipes that are gentle on the skin. You can also try placing some vitamin E capsules in the opening of your anus. This would promote hydration and heal it up at the same time.

Aloe vera is considered to be an effective natural remedy that could provide instant relief from hemorrhoid. It’s packed with anti-inflammatory properties that could resolve the symptoms in a fast and pain-free way. For those who are suffering from internal hemorrhoids, all they have to do is cut strips of the leaves, discard the thorns, and place them inside the freezer for a few minutes. Take it out and rub on the inflamed area. For external hemorrhoids, simply take the aloe vera gel and apply it, in order to hydrate the swollen veins.

If there’s witch hazel available in your home, then you’d be thrilled to know that it can help you get rid of hemorrhoids fast! The good thing about witch hazel is that it could reduce pain, bleeding, and itching until the hemorrhoids eventually fade out. All you have to do is apply a small amount of witch hazel around the inflamed area, and this would promote healing, as well as instant relief.

If you’re constipated or your stools are simply hard, this could worsen hemorrhoids, resulting to more bleeding and pain. Fortunately, psyllium husk is packed with fiber and it’s capable of making stools a little softer, easing the movements at the same time. Consume this regularly and it would effectively reduce the swollen veins cause by hemorrhoids, resulting to instant relief.

Studies show that tea tree oil has a number of benefits, and one of which is that it’s an effective natural remedy for hemorrhoids. However, due to the fact that it’s also very potent, it’s ideal to dilute it first by mixing a portion with the carrier oil of your choice. Basically, you can add a drop or two of tea tree oil to sweet almond oil or castor oil and apply it on the inflamed area. Be a little gentle upon doing so. If done regularly, this would shrink swollen hemorrhoids until it’s completely gone. Other essential oils that you can try are rosemary oil and lavender oil.

Olive oil is another wonderful ingredient that could cure the symptoms brought by hemorrhoids. It’s packed with anti-inflammatory properties that relieves and alleviates the pain and discomfort brought by hemorrhoids. Aside from that, it also promotes better elasticity of the blood vessels that it reduces the trauma caused when passing hard stools.

Likewise, consuming small amounts of olive oil regularly can also improve the functionality of bowel movement because of the monosaturated fatty acids present in this oil.

Lemon juice contains antioxidant properties that could cure hemorrhoids. Just apply fresh lemon juice on the affected area, or you can also try consuming lemon juice together with honey and ginger to enjoy more benefits and reduce inflammation at the same time.

10 Ways To Get Rid Of Internal Hemorrhoids