10 Ways to Get Rid of Heartburn While Pregnant Fast

Heartburn is one of the most common problems a lot of women suffer from, especially during pregnancy, and there’s a number of reasons why. For one, during pregnancy, the female hormone, progesterone, increases and this causes the muscles to relax including the stomach muscles.
This leads to a slower digestion, which means the food stays inside the stomach for longer periods of time, triggering acid production and causing heartburn. Fortunately, you don’t have to endure this problem, because there are several ways on how to get rid of heartburn while pregnant fast. Here are some of those.

Mixing lemon juice with water can be an instant remedy for heartburn. With the help of lemon, the acids inside the stomach become neutralized as it creates an alkaline-forming environment that protects you from experiencing acid reflux. Although you can try lemonade for this purpose, it’s important to check if this remedy would really work for you or not– some citrus foods trigger acidity. The trick is, use it sparingly, and see if it will be helpful to you or not.

The clear water found in tender coconuts can actually get rid of heartburn because it acts as a natural acid neutralizer. Likewise, when you drink coconut water, it provides an instant relief and it’s also safe for pregnant moms. If possible, try to have it 3-4 times a day in between meals.

3. Keep an Eye on Your Food Habits

A lot of health experts would say that overeating while pregnant is one of the most common causes of heartburn. Basically, there would only be lesser space to expand during pregnancy, and that’s why it’s important to consume only the right amount of food. Having three small meals a day is better than a single. The body could easily digest the smaller meals, saving you from heartburn. 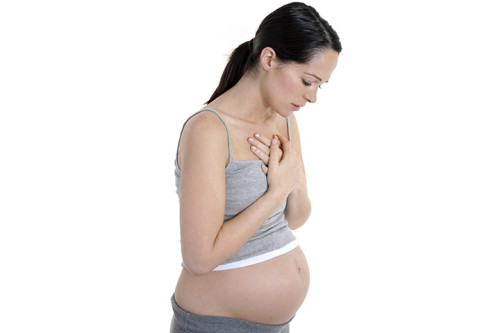 4. Consider the Help of Chiropractor

Research shows that a chiropractor could help with heartburn. Basically, there are certain adjustments that would trigger the shift of the esophageal valve and this would relax the muscles, preventing acids to make its way back up.

If more support is needed, it’s ideal to boost the Pepsin and HCL reserves through the help of supplements. Although the body produces Pepsin and HCL naturally, sometimes, it’s still a great option to increase the amount to make it more effective, especially if nothing else works. A lot of pregnant mothers do this 1-2 a week.

Don’t forget to read the instructions. If you’re feeling a burning sensation in your stomach, immediately stop taking this supplement.

For instance, in Chinese and Ayurveda medicine ginger has been used not only to treat heartburn, but to fight off vomiting and nausea as well.

Considered as one of the best remedies for heartburn are almonds, that even professionals suggest eating them after very meal. Believe it or not, almonds are capable of controlling the stomach acid and the natural oil present in almonds could easily neutralize the stomach juices.

The soothing anti-inflammatory properties present in aloe vera juice is capable of calming down an irritated and inflamed stomach. However, you ought to know that aloe vera juice also contains some mild laxative effects, and that’s why it should still be taken with precaution, especially with the amount to take.

There are varying opinions as to why ACV can get rid of heartburn. One of the theories suggests that the acetic acid present in vinegar can lower stomach acidity as it increases the pH level of the body. Also, it’s said that vinegar could also act as a buffer and maintain the stomach acid at the optimum pH level so that the stomach would be able to digest food with ease.

Then, the second theory claims that the lower esophageal sphincter functions as a sensitive valve. In cases where there’s insufficient acid present, the LES valve keeps opening up and this causes acid reflux. In cases like this, drinking ACV provides the right amount of acidity needed for the LES to function properly.

Yogurt could act as a natural remedy for heartburn caused by indigestion. This food is packed with probiotics that could neutralize the acid present in the esophagus. By having some yogurt in between meals, it’s possible to prevent acid reflux from occurring. 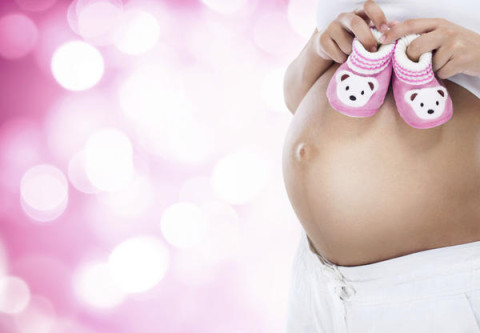 Additional Ways on how to Get Rid of Hearburn:

1. Here are some of the things that you should avoid to prevent heartburn:
– Sugar
– Alcohol
– Chocolate
– Coffee
– Tomatoes
– Mustard
– Fizzy Drinks
– Large Quantity of Meat to be Consumed in One Sitting

2. Keep an Eye on Your Movements During Pregnancy
This holds true especially after meals. For example, you shouldn’t sleep right after eating a meal– whether it’s before bedtime or during daytime. Lying down after having a meal would trigger the acid to go back up into the esophagus and this would cause heartburn. Aside from that, you should not bend over to do any work, because this would also send the acid back to the esophagus.